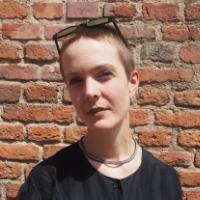 This research project aims at investigating the historically specific conditions of possibility for a social critique of need – here understood as the need for the reproduction of social relations – as it manifests in the practice of art criticism. By studying chosen works and activities of two art critics and one artist and philosopher, all active in the context of the 1960s and 70s Western Europe and US, I will investigate the differentiating, yet recurring condition of need. Focusing on the way that need both conditions, and is conditioned by, the practice of art criticism, I will investigate the ways in which the critique of need in the context of art criticism, manifests as a social critique, immanent to the practice.

The three cases are Jill Johnston (1929–2010), Carla Lonzi (1931–1982), and Adrian Piper (1948–) – all providing different examples of immanent social critique, from the position of the labouring art critic/artist, during the period of study, and in a US-European context. This period and context are marked by manifold changes in the manifestation of a capitalist mode of production, in which the analysis will be situated and contextualised.

In my study of the three cases, I will analyse their ideas on and practical reconfigurations of the practice of art criticism – part of a refusal, or abandonment of identity, such as sexuality, gender, race, and the worker's identity, as well as the concept of art – as part of the relation between the aesthetic judgment and social reproduction in general, and in particular during the period of study.

Outside of my academic engagement I work as a writer and critic, and since 2015, I am a contributing editor at Paletten Art Journal. I am published in contexts such as Afterall, ArtForum, ArtAgenda, Mousse, Frieze, e-flux Journal, Art Papers, Camera Austria, Kunstkritikk, Dagens Nyheter and Aftonbladet kultur. 2015 I was the editor of the anthology KROPPSFUNKTION (Stockholm: c.off 2015).

As a guest teacher and lecturer in Contemporary Art and Dance Theory, I have visited Umeå Academy of Fine Arts, Konstfack - University of Arts Craft and Design, Gerlesborg School of Fine Art, Linköping University, DOCH - Stockholm University of the Arts and at Akademin Valand, all in Sweden.