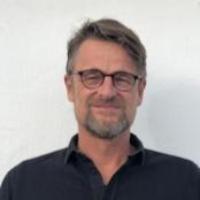 My research interests lie in the intersection of literary studies and political philosophyor, more generally, of aesthetics and politics. Hence, my research themes fall in two halves: on the one hand, Literary Theory, Cultural Theory, Aesthetics, Theory of Metaphor and Theory of Tragedy; on the other hand, Political Theory, Social Philosophy, Theory of Justice and Disaster Research. Currently, the two halves meet in a number book projects.

Stormløb mod grænsen: det politiske hos Franz Kafka(Assault on the Border: The Political in Franz Kafka, Gyldendal Publishers 2015) sets out to rethink the relationship between aesthetics and politics in Kafka's literary works. My claim is that this relationship should be understood not only as a question of aesthetic representation but, as well, as a question of aesthetic experience; not just content but also form. A thoroughly rewritten versionof this material, Kafka’s Stereoscopes: The Political Function of a Literary Style, is to be published by Bloomsbury Academic in 2019.

1. Kierkegaard og katastrofen (Kierkegaard and Catastrophe): In Fear and Trembling, Søren Kierkegaard describes the "shudder of thought" that emerges whenever we try to approach Abraham's three-day journey to Mount Moriah. This shudder, a specific configuration of imagination and affect, can be understood as a prophetic tone. In this case, the looming disaster is the future sacrifice on Mount Moriah. I contend that the prophetic tone, a largely understudied aesthetic category, is vital to the interpretation of Kierkegaard's philosophical thought. Existence, in Kierkegaard's innovative sense of the term, is human life seen in the light of the future disaster.

2. In the Shadow of Future Disasters: The Prophetic Tone in Modern Literature.

This is a book neither onthe prophet as a social role nor on the prophecy as alinguistic message but, rather, on the propheticas a literary tone. What interests me is the specific aesthetic mood created by the foreshadowing of disaster. In an opening essay, I offer an account of the concepts of tone (Heidegger, Wellbery, Sinnerbrink, Ngai) and, more specifically, of prophetic tone (inspired, first of all, by Maurice Blanchot’s seminal essay “La parole prophetique”). In the following essays, I explore this specific feeling tone in selected works of literature from the last two hundred years. My concern is the threat of looming disasters in literary works by Heinrich von Kleist, Søren Kierkegaard, Henrik Ibsen, Franz Kafka, Inger Christensen, Roberto Bolaño, Cormac McCarthy, and, finally, the first season of True Detective.I contend that this aesthetic category is vital to the interpretation of modern literature and, in a wider context, to the understanding of modern catastrophized life, a life under the permanent threat from climate disasters and terrorist attacks.

In connection with my exploration of the cultural history of disaster I am member of the steering committee of a number of cross-disciplinary research networks and centres that, in different ways, create platforms for uniting cultural studies with the History, Law, Anthropology, Theology, etc.